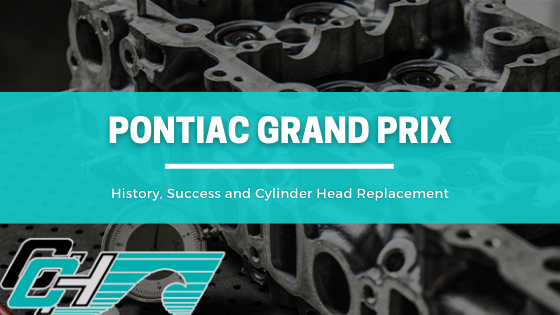 Editor’s Note: This article was written by Nick Murphy, a Pontiac Grand Prix enthusiast who currently lives in Tampa, FL.

The Pontiac Grand Prix has been enjoyed by millions of consumers since its introduction to the automobile world in 1962. Originally introduced as a personal luxury car, the Grand Prix has gone through numerous phases, styles, options and classifications. Through the years Pontiac has offered the Grand Prix as a convertible, coupe and sedan with various engine, transmission, interior and exterior option packages.

Starting out in 1962 and designed by John DeLorean, the Grand Prix was originally a replacement for the Ventura. It was supposed to be a sportier, more performance-oriented car that took away the exterior frills and concentrated on the interior and what it was packing under the hood. Since then the car has transitioned numerous times and finally ended its production as a mid-sized sedan in 2008.

Times may have changed, but Grand Prix excellence did not

When the muscle car era came around in the late 60’s and early 70’s, the Grand Prix was not left behind. It went from a standard 389 cu. inch engine to having options of 400, 428 and 455 cu. Inch engines to keep up with the rest of the pack. After going through numerous changes to the engine, body style, design and aesthetics in the 70’s and 80’s, the 5th generation Pontiac Grand Prix won Motor Trend’s Car of the Year award in 1988. The first front-wheel drive Grand Prix coupes were also released in 1988 as consumers now had the option to pick between the 2-door coupe and 4-door sedan models.

Fast-forward through years of minor engine, aesthetic and trim changes and you get to the 7th generation Grand Prix which featured 3 engine options starting in 2004. You could purchase a Grand Prix with a 3.8L V6, a 3.8L V6 with a supercharger or a LS1 based 5.3L V8. Sadly, this generation would mark the end of the Grand Prix as production was halted after 2008, and the model was discontinued to make room for the new G8 model. Pontiac would not last much longer as it closed its production doors in 2009, and the manufacturer was dissolved in 2010.

Why get excited about the Grand Prix?

It isn’t every day that you can drive down the road and see a car that has 46 great years of history. The Grand Prix won 2 Motor Trend’s Car of the Year awards, one in 1988 by itself and one in 1965 along with the rest of the Pontiac lineup of vehicles. As a Grand Prix driver and owner myself, I can tell you first hand that the 7th generation Grand Prix is as good as it gets. Smooth cornering, good power and acceleration, comfortable to sit and ride in and looks amazing after a fresh car wash. Even though my GT isn’t a “race car” like the GXP, it still gets up and goes and sounds great while doing it. Grand Prix’s are reliable and extremely useful and even more than a decade after production has ceased, you still see them on the road all over the country.

Pontiac was a household name in the United States for almost 5 decades. If you want to drive your Grand Prix for as long as possible, then you are more than likely going to do more than just routine vehicle maintenance. If you notice issues such as overheating, white smoke appearing when starting the vehicle, excessive oil consumption, low coolant levels, or poor fuel economy, then you may be in need of a cylinder head replacement.