The Rogue is a popular car option from the minds of Nissan. This vehicle is a stylish compact crossover SUV that is manufactured in Japan. The Nissan Rogue has enjoyed two generations with special editions such as the coveted Star Wars edition of which only 5,000 were produced. Production started in the early 2000s and the Rogue made its debut in 2007 at the North American International Auto Show in Detroit. Learn about the rich history of the Nissan Rogue, an SUV that was introduced in the 2008 model year, and tips for its cylinder head replacement. 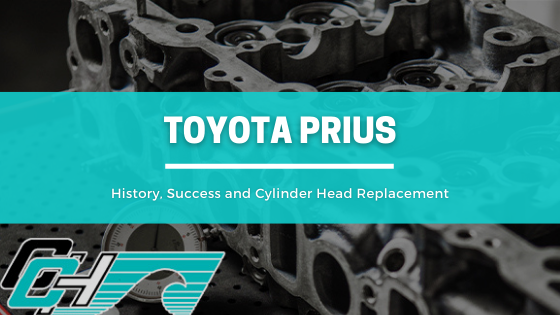 The Toyota Prius has had a 20 year history so far which has brought Toyota record sales, innovations and awards. The Toyota Prius is the first mass-produced hybrid vehicle with the first-generation being released in 1997. It’s famous for the hybrid system originally allowed a potential driving range of 560 miles with the combined fuel economy being at 57.6 mpg. The Toyota Prius was the first manifestation of a new gasoline engine combined with an electrical motor design that would go on to be the foundation of other Toyota models like the Corolla, Celica, RAV4 and the other generations.