When we talk about the Ford 5.4 L V-8 engine, many would remember that the legendary engine is one of the “10 Best” engines as nominated by Ward’s Auto World. Indeed, this engine has been installed in many of Ford’s most popular vehicles. The engine pertains to Ford’s modular engine family together with 4.6L V-8 and the 6.8L V-10. However, the Ford 5.4 L V-8 stands out to be considered as the best built engine by Ford in the industry. The secret formula is exceptional quality and attention to detail that Ford has carefully developed for this line of the engine since when it first debuted.

Dating back to 1997, when Ford first installed the 2-valve 5.4L into the Ford F-150 pickup truck, this engine was marketed as a Triton V-8. The engine has a cast-iron engine block and aluminum cylinder heads, using a single-overhead cam (SOHC). Special features of the Ford 2-valve 5.4L V-8 engine are roller finger followers, multi-port fuel injection, fracture-split powder metal connecting rods, and in some applications a forged steel crankshaft. It can produce 255 hp at 350 ft-lbs of torque with the help of a 9-to-1 compression ratio. Actually, some versions, for example, the Ford SVT Lightning F-150 that came with a supercharger, generated up to 380 hp. Besides, Ford 2-valve 5.4L engines are also equipped in Ford F-series, Ford Expedition, Lincoln Navigator, Ford E-Series, and Ford F150 Harley Davidson Edition.

2 years later, in 1999, Ford introduced the new version of the Ford 5.4L engine. This time, there were 2 main significant differences. Instead of 2-valve using a single-overhead cam (SOHC), the 1999 version of Ford 5.4L engine is a 4-valve engine with a dual-overhead cam (DOHC), marketed as an Intech V-8 engine. This version of the engine was installed in Ford Mustang SVT Cobra R, the Ford GT supercar, and the Ford Shelby GT500, also used in the Ford Falcon line in Australia under the Boss moniker.

One should note that the performance outcomes differed significantly from each line of vehicles due to Ford’s special adjustments. For example, the Cobra R Mustang produces 385 hp since its powerplant benefited from new, high-flow cylinder heads that were designed with features developed for Ford’s “Rough Rider” off-road racing program. On the other hand, the Ford GT version of the 5.4 L is a highly specialized version of the Modular engine, featuring an all-aluminum alloy, 4 valves per cylinder with an Eaton 2300 Lysholm screw-type supercharger and showcases numerous technological features, such as dual fuel injectors per cylinder and oil squirters for the piston skirts. The performance outcome for this vehicle is 550 hp. 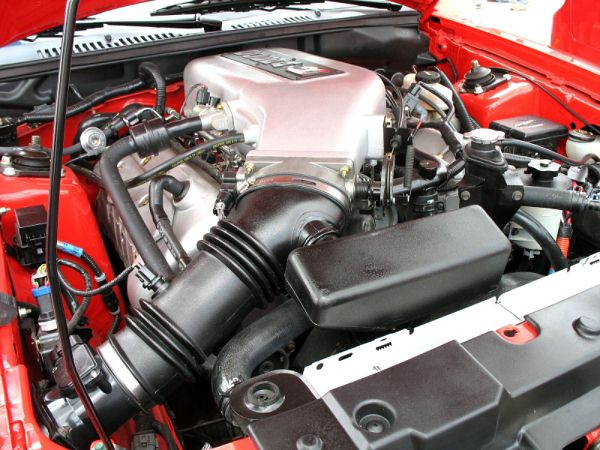 In 2002, Ford finally introduced the Ford 5.4L aluminum alloy cylinder heads engine to power sedans. It featured a single overhead cam with roller follower, with variable camshaft timing and more power and torque, and provided lower friction than the 2-valve models. It delivered 300/320 horsepower and 365 ft-lbs of torque partly due to a 9.8-to-1 compression ratio. This engine is found in the following vehicles:

Although the Ford 5.4L engine is powerful and reliable, it is not perfect. Among the list of well known Ford 5.4 engine problems are:

As you are deciding to repair your Ford 5.4L engine cylinder heads, we recommend that you consult a professional company. Depending on the current status of your engine, your intention, and your budget, a trustworthy mechanic will provide an answer to meet all requirements.

Clearwater Cylinder Head Inc. (CCH) is a reputable, experienced (over 25 years) dealer. We specialize in providing quality and warranty-backed rebuilt cylinder heads for a variety of vehicles (cars, trucks, boats, etc). With a massive online catalog, we most likely have the cylinder heads you need for your car, truck, or boat.

The knowledgeable staff at CCH is happy to help you find the cylinder head that is right for your Ford vehicle engine. Please contact Clearwater Cylinder Head Inc. toll-free at 1-800-572-1963. Clearwater Cylinder Head, Inc. thoroughly cleans, inspects, and pressure tests all our cylinder heads. All machine work performed on the latest state of the art equipment. Head is complete and ready for installation. Please see our warranty policy and customer reviews to get a sense of our product quality commitment and service level.