The Nissan Pathfinder is a sport utility vehicle (SUV) that is known across North America and around the world since its introduction in the 1986 production year. Originally marketed outside of North America as the Terrano until 2004, the vehicle was a response to the Chevy Blazer, Ford Bronco, Toyota 4Runner, and other sporty family SUVs. Today, the Pathfinder is a staple in its own right.

The Pathfinder has gone through many changes since 1986, but it remains a reliable, rugged, and versatile vehicle fit for families, individuals, off-roaders and city drivers alike. That being said, every vehicle needs to come into the shop eventually. Learn how the Pathfinder came into production, where it is today on the market, and how you can recognize early engine troubles and get them fixed to keep on driving.

Nissan Pathfinder Through the Years

In its early days, the first-generation Nissan Pathfinder was available as a 2-door SUV with a 2wd and an option to manually engage the 4wd system, a unique feature at the time. Its 2.4L 4-cylinder engine was enough to enjoy the weekends but was considered underpowered for most “sporty” activities.

In 1990 the Pathfinder got upgraded to a 4-door, giving it a greater appeal to families and more versatility overall. The second generation, started in 1996, introduced a new V6 engine that gave it the power boost that it needed to compete with the other major SUVs on the market.

To go along with this, Nissan was continuously upgrading its appearance with numerous “face lifts” as it consistently made the interior and exterior of the vehicle more appealing and modern, including new steering wheels, bumper designs, and insets. 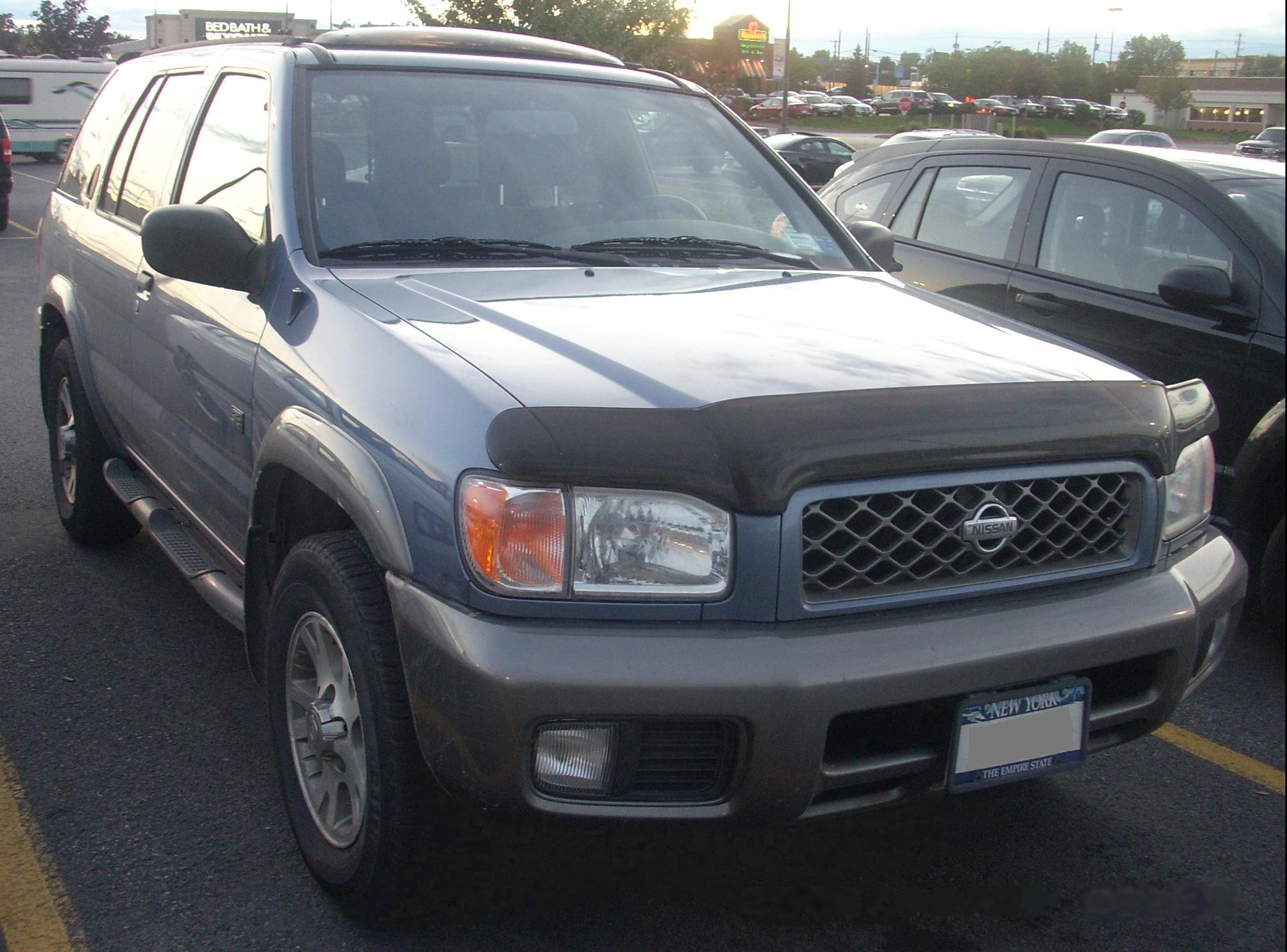 The third generation of Nissan Pathfinders were introduced in 2003 and put on the market in 2005, marking the start of the Pathfinder model most often recognized today. The R51 series boasted a 4.0L V6 engine with 266 horsepower and 288 ft-lb of torque. A Pathfinder with a 2.5L turbo-diesel engine was also made available.

In 2008, the Pathfinder received the Nissan Titans 5.6L V8 engine which featured 310 horsepower and 388 ft-lb of torque. Properly equipped, the Pathfinder could tow up to a whopping 7,000 pounds. These options gave owners the flexibility and peace of mind that the Pathfinder would get the job done every time. The new Pathfinder also debuted third-row seating to accommodate up to seven passengers, which alongside the increased ability to tow made it the weekend warrior and family vehicle that many purchasers were looking for.

In 2013, the 4th generation came around. Nissan added more exterior and interior upgrades to drastically reduce vehicle weight, improve fuel economy, and increase passenger comfort, but took away the V8 option, leaving a 3.5L V6 to do the job. Though this engine was not as powerful as the 3rd generation options, its reliability was impeccable. 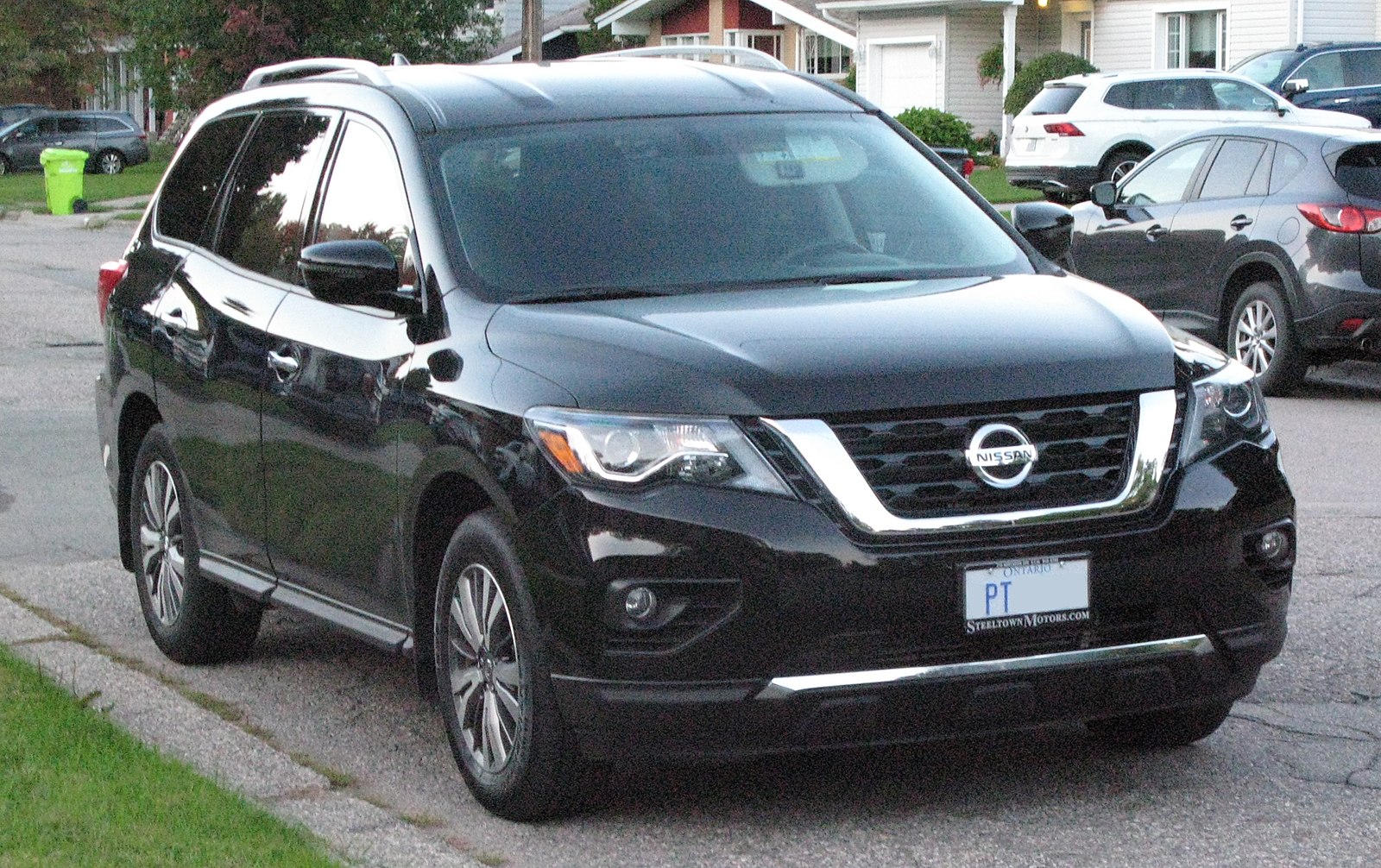 The FWD version could get upwards of 25 miles per gallon on the highway while the 4WD had a combined 21 miles per gallon in the city and on the highway. A direct-fuel injected V6 engine was introduced in 2017 that brought the power numbers back to their glory days, and could compete with the outputs of the previous V8 option. This newer V6 along with added exterior and interior upgrades has kept the Pathfinder at the forefront of the SUV market, with nearly 600,000 models sold since the 4th generation’s release in 2013.

Pathfinder Sales in the United States

If the Pathfinder is known for at least one thing, it’s reliability. Many models can run over 100k, 200k, or even 280k miles and still start up every time.

In some cases, even Pathfinders from 2003 or later can get nearly 200k miles under its belt and still run well, assuming its owner gives it proper repairs and attention to trouble areas. One owner in Texas has even reported driving a 2005 Pathfinder over 102,000 miles without ever needing to replace more than the original battery, belt tensioner, power distribution module, and oil pressure switch!

Even if the Pathfinder can withstand many miles on the road, common issues can still arise that require repair or even replacements. Some of these issues include:

While such a system can work well in some instances, many Pathfinder CVTs would cause a “shuddering” effect in the vehicle, making for an uncomfortable ride. Luckily, the latest 2021 Nissan Pathfinder is replacing the CVT with a nine-speed gearbox that should make for a more responsive, reliable drive.

As an owner of an older model of a Nissan Pathfinder, you may be running into problems concerning its cylinder head.  With an abundance of cylinder head options for Nissan vehicles, you will find what you need when searching for a new cylinder head to keep your vehicle on the road.

If you notice overheating, white smoke appearing when starting the vehicle, excessive oil consumption, low coolant levels, or poor fuel economy, then you may need to replace the cylinder heads in your Pathfinder. Since a cylinder head can be tricky to replace, we encourage you to consult with your trusted mechanic and give us a call for personal sales assistance.