2020 marks 35 years since the Hyundai Sonata was first introduced. That period is relatively not a very long history for a nameplate, yet the Hyundai Sonata’s impact on the automotive market is undeniably impressive, considering 7.3 million units sold worldwide. Despite being the youngest, Hyundai Sonata is a significant rival to other legends in the mid-sized sedan competition, namely Toyota Camry, Ford Fusion, and Honda Accord. Dave Zuchowski, president and CEO of Hyundai Motor America said: “The Sonata has been a huge factor in Hyundai’s growth not only in the US but around the world”, referencing the fact that the Sonata accounted for 25% of the company’s total volume. Let’s take a look at Sonata’s full path to its position today.

In 1985, the Hyundai Sonata made its debut in Korea as the first step of rebranding the Hyundai Stella. The first Sonata ever was not truly a Hyundai with most of its main components were from Mitsubishi and British Ford Cortina. Originally marketed as an elite, family vehicle with the “Car Only for VIPs” catchphrase, the first generation of Hyundai Sonata was not turned out to be a success as expected. It failed to meet the US’s emission standard to be introduced to this market, then ended up with a withdrawal from the market after only 2 years due to tepid customer reactions. 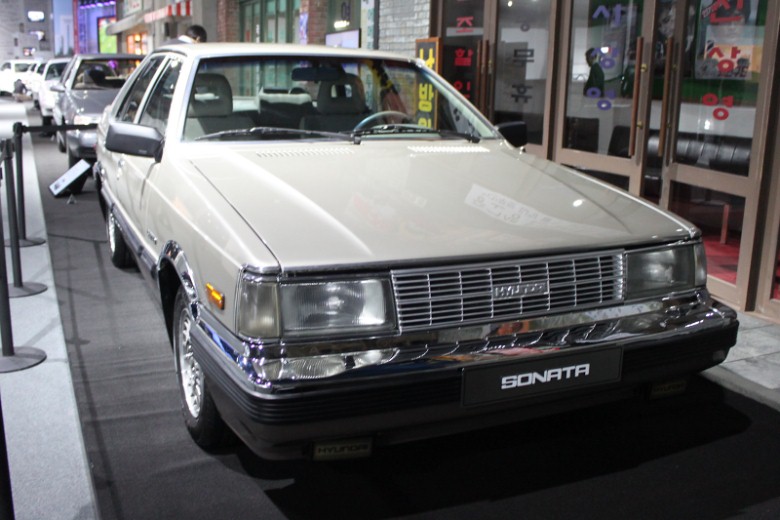 It did not take Hyundai very long to develop a comeback stage for Sonata. In 1989, the second generation of Sonata was the first to reach the US market as a followup of the successful small Excel. At this time, the Sonata was the strategic marketing enter step of Hyundai to completely replace the Hyundai Stella in the large family size cars market, yet wrapped in a more affordable price range. Powered by, again, the 4-cylinder engine from Mitsubishi, the Sonata Y2’s platform was revised to be front-wheel drive, which offered better handling and efficiency. The 3.0L V-6 engine option was available shortly after that, improving the Sonata Y2’s 0-60 acceleration time to 9.9 seconds. 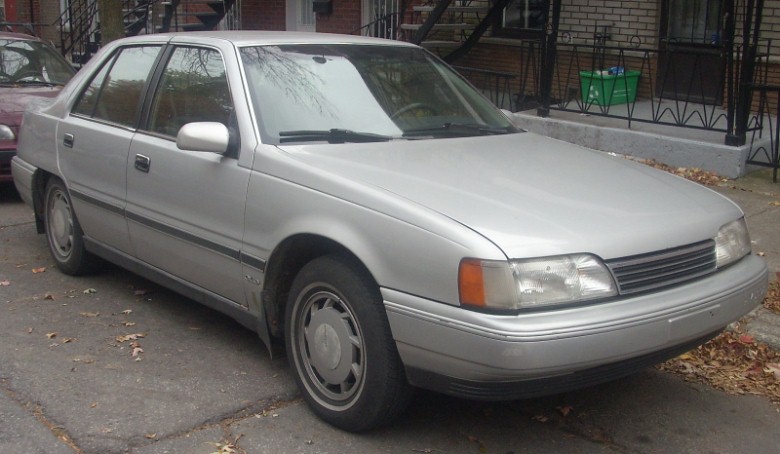 To match up size-wise and speed-wise with its Japanese competitor, Honda Accord, the third-generation Sonata gained a few inches of wheelbase, and run a 2.0L 103 hp Sirius inline-4 cylinder engine under the hood as standard, while also offered a 3.0L, 143 hp Mitsubishi V-6 option in some specific markets.

Many technology revolutions took place at the end of the 20th century. To Hyundai, it was the 4th generation, the Sonata EF. By giving it a 2.5L, 168 hp Hyundai Delta V6 engine for the first time and provide customers with a 10-year/100,000-mile powertrain warranty, the Sonata EF has made a huge step forward in power and performance. A significant facelift issued in 2001 for this generation (also known as the EF-B series) gained a dose of styling for it, moving away from its predecessor’s genetic design and towards a bolder, more individual image. With this sedan, Hyundai finally considered being one of the mid-size sedan segment leaders, reaching the top 100,000 sales in a year for the first time (in 2005, there were more than 130.000 units sold in the US). 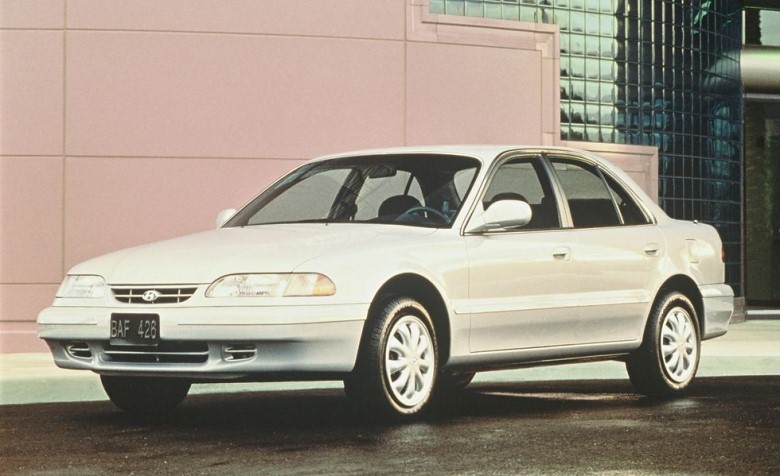 Launched in Korea in 2004 and the US in 2005, the Sonata NF grew in all dimensions to be taller and wider than any of the previous generations, made it a spacious midsize sedan with comfortable seating for up to 5 passengers. Engine options range from a 2.0 L inline-4 cylinder, 2.4L, 138 hp inline-4 cylinder to a 3.3L, 170 hp V-6, also with diesel option available. The Sonata NF is a well-balanced combination of speed, efficiency, and safety, where 0-60 acceleration time reached 7 seconds. safety rankings from IIHS, NHTSA or Euro NCAP all returned positive and is capable of achieving at least 30 mpg on the highway. 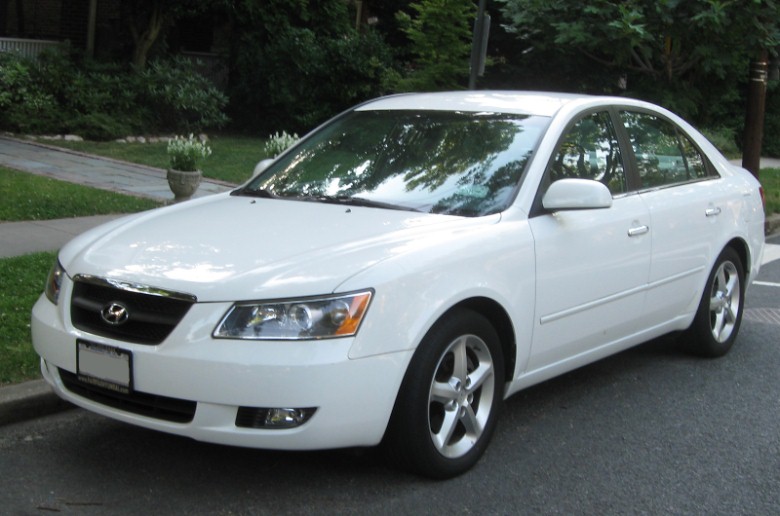 Also called the Sonata i45, the 6th generation of Sonata is a complete redesign inside out carrying Hyundai’s “Fluidic Sculpture” design language. Compared to its rivals, the new Sonata appears with an impressive, stylish new exterior and upscale, classy interior design. Yet, the most significant change for this generation is in 2011, Hyundai applied the “engine downsizing” on the Sonata by no longer offering the V-6 engine in this line. Instead, a new smaller, turbocharged direct-injection, 198 hp 2.4L inline-4 cylinder with projected 23/35 mpg city/highway with an available 6-speed automatic that promises to make similar power. Aimed right at America’s most competitive vehicle segment, the Sonata seems to be ahead in the competition of fuel-efficiency and power performance while keeping itself being light and offering more passenger room and trunk space. This generation also marked the first-time-ever Sonata hybrid debut in 2011. 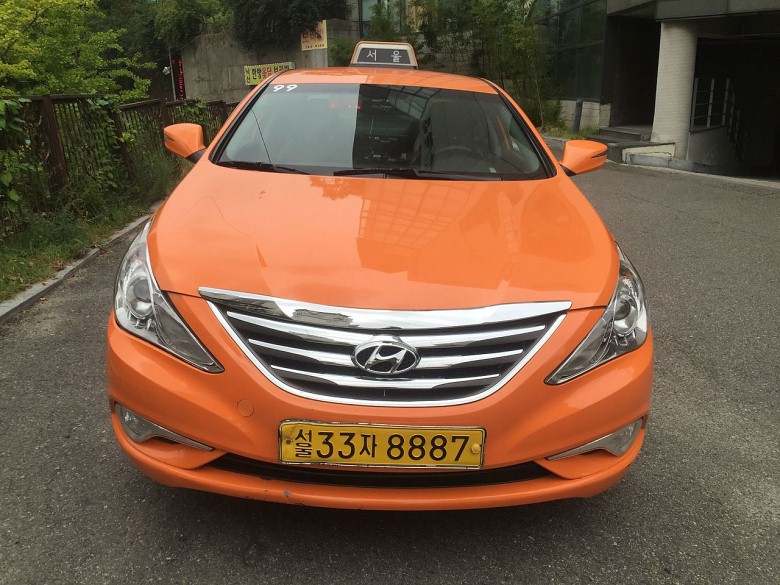 Starting from the success of the previous generation, The Sonata LF is a more refined version with a set of minor enhancements to offer a lot more of a car for the money. First things are 16”/18” aluminum-alloy wheels that provide greater strength over pure metals, improves handling by reducing unsprung mass, and most importantly, light wheels are the base for fantastic fuel economy. The base model offers a reliable 2.4L inline-4 cylinder 190 hp at 179 lbs-ft of torque, and an upgrade will provide the turbocharged engine with 274 hp at 269 lbs-ft of torque. There are so many convenient amenities like a 6-speaker surround system, LED lighting inside, optional sunroof, roof rails, leather seating, powered and heated front seats, and a 4.3” touchscreen with a backup camera. Hyundai knows how to give their customers a great deal in the long run by providing not only a great product at the present but also a peace of mind in the future. The Sonata LF comes with a 5-year/60,000 mile bumper-to-bumper warranty, which is the strongest warranty offered by any automaker so far. 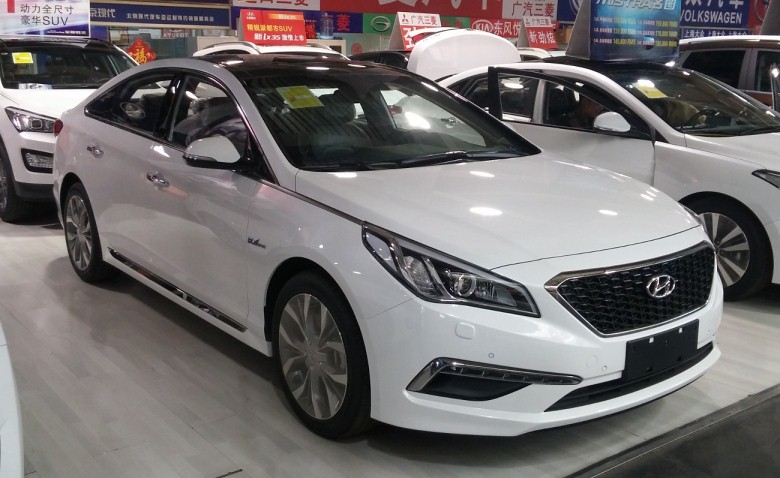 With a promise to go big in style again, the Sonata 2020 launch last April in the 2019 New York International Auto Show as given a great sneak peek of Hyundai’s latest “Sensuous Sportiness” design language, opening a whole new chapter for the Sonata. Less conservative and more pronounced, the new generation of the Sonata looks sporty and bold. 2 engine options will be available, either the 1.6L turbocharged inline-4 cylinder with 180 hp or the naturally aspirated dual port injection 2.5L unit with 198 hp. Hyundai also mentioned a performance-oriented “N-Line” model that will also be available soon. This Sonata is the first Hyundai in which owners can use a smartphone to lock, unlock, and start the car.

It is not a coincidence that many mid-sized sedan automakers, Hyundai, Kia and Toyota for example, choosing the inline-4 cylinder engine to power up their products. The key selling point of this engine is fuel efficiency. An inline-4 engine is when there are 4 cylinders arranged side-by-side in an upright position across the engine bay, perpendicular to the car. While the four cylinders offer a good amount of engine output, the layout allows for a small, compact engine, with other components (radiator, battery, cooling system) fitted around the outside and can be made very powerful with the introduction of a turbocharger. Therefore, the inline-4 cylinder engine is much smoother than 1 or 2 cylinder engines, less costly than 5, 6 or 7 cylinder engines while being more efficient than a 6 or 8 cylinder engine of equivalent displacement. 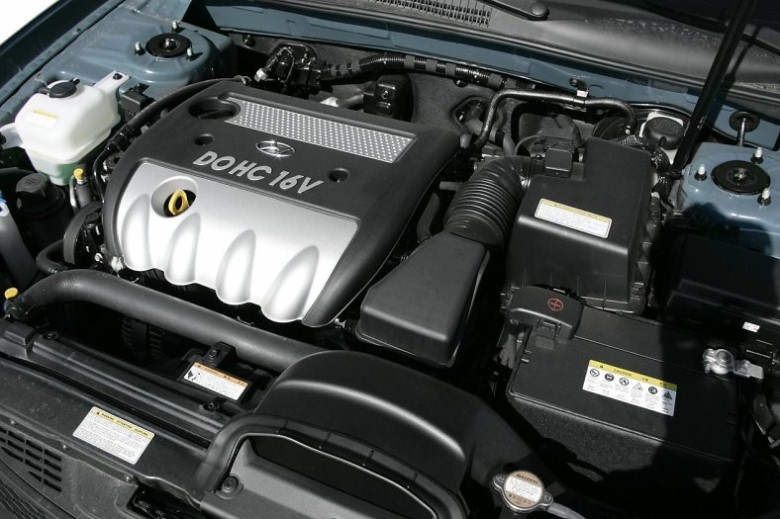 5 years-warranty is a great deal offered by Hyundai for the Sonata’s owners, yet engine problems also start to occur when your car reaches 5 years old, too. There are several symptoms that you can look out for such as choppy idle, loss of power, milky oil, or white exhaust. If your Sonata experience any of the above, high chances that the cylinder head gasket is blown or cylinder head is cracked. The good news is, as affordable as the Sonata is, the average cost for a Hyundai Sonata head gasket replacement will not break your bank if you take action quickly. 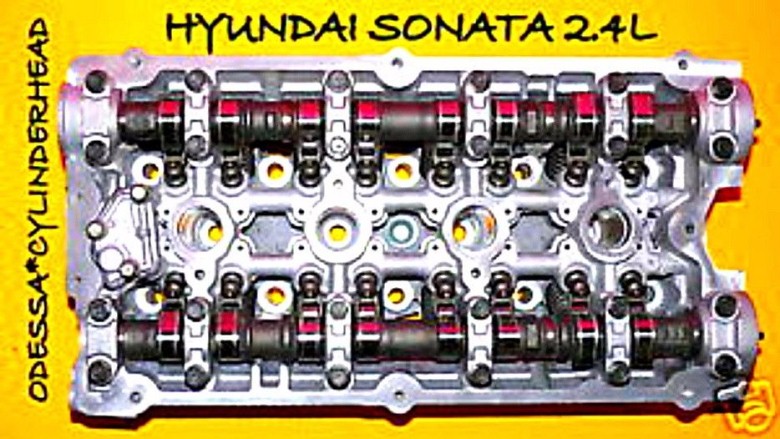 Clearwater Cylinder Head Inc. (CCH) is a reputable, experienced (over 25 years) dealer. We specialize in providing quality and warranty-backed rebuilt cylinder heads for a variety of vehicles (cars, trucks, boats, etc). With a massive online catalog, you can easily view our inventory of Hyundai Sonata cylinder heads. The knowledgeable staff at CCH would also be happy to help you choose the cylinder head that is right for your needs. Contact Clearwater Cylinder Head Inc. toll-free at 1-800-572-1963.