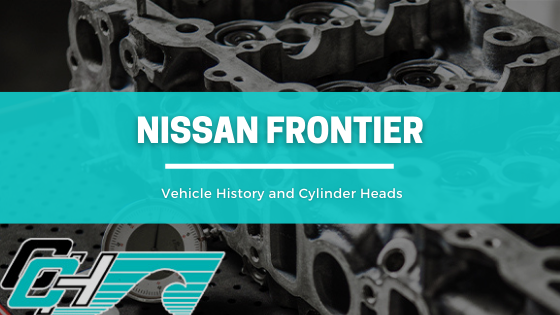 The Mid-Sized Truck With A Big Impact

The Nissan Frontier has had a long history which has gained it a loyal and dedicated following. In 1994 Nishino Sadaaki designed the Nissan Frontier, known as the Nissan Navara in some international markets. Follow up design work was completed by Jerry Hirschberg (1997 Crew Cab) and Diane Allen (1999 Facelift). This pickup truck has enjoyed plenty of remodels since its North America launch in 1998 with upgrades along the way. Starting out as a compact pickup truck, it has evolved into a mid-sized truck with more grit. It’s popular for its high versatility and performance with a budget-friendly price tag. The awards it has received over the years can attest to the reason as to why so many customers keep coming back year after year to claim a truck with high safety and performance ratings.

A Versatile Truck With Years of Improvements

The Nissan Frontier is one of the oldest running trucks in the U.S. market right now giving it a rich history. Called the Navara in global markets, it started out in production in Smyrna, Tennessee in 1997. In 2012 Nissan moved its Frontier product from Smyrna, TN to a more modern plant in Canton, Mississippi. With its 4 doors and compact body, it was made to replace the Nissan D21 Hardbody truck which was steadily losing popularity. In 2004, it was treated to a redesign effectively calling it into its second generation. This redesign pushed it into the mid-sized truck category and it soon enjoyed increased attention in the United States. Just a year afterwards, it was produced with a powerful V6 engine with a 5-speed automatic. It wasn’t until 2008 that technological upgrades were added with minimal improvements for the following year. Things remained stagnant with minor additions until 2013 where GPS, a rear backup camera, and climate control became an option to purchase. Jumping to 2020, a new 3.8-liter V6 engine and a 9-speed automatic transmission were added, and it’s shaping up to have an even better model in 2021.

What’s the Hype About?

The Nissan Frontier is no stranger to accolades and has received many awards and honors throughout its production. It has received the following titles / awards:

Given these awards, one realizes why so many people have such a loyal following for the Nissan Frontier. Performance-wise, this truck has the ability to cruise down the road nicely while keeping its own in off-road activities with its Bilstein performance shocks and custom interior and exterior touches. A recent article highlighted the longevity, endurance, and quality of the Nissan Frontier. Brian Murphy, a delivery driver in Chicago, recently crossed a million miles on his Nissan Frontier pickup truck. Read the full article here.

Are you also looking to drive your Nissan Frontier for 1,000,000 miles? With a truck that’s been in production for so long, many owners may find their older model vehicles in need of some maintenance or engine repair. If you notice things such as overheating, white smoke appearing when starting the vehicle, excessive oil consumption, low coolant levels, or poor fuel economy you may be in need of a cylinder head replacement. Since a cylinder head can be tricky to replace, we at Clearwater Cylinder Head Inc. would be more than happy to assist you and get you back on the road with our high quality selection of replacements. With over 25 years of experience and a massive catalog of cylinder heads, we are dedicated to providing professional and friendly support in all of your cylinder head needs. Feel free to contact Clearwater Cylinder Head Inc. toll-free at 1-800-572-1963.