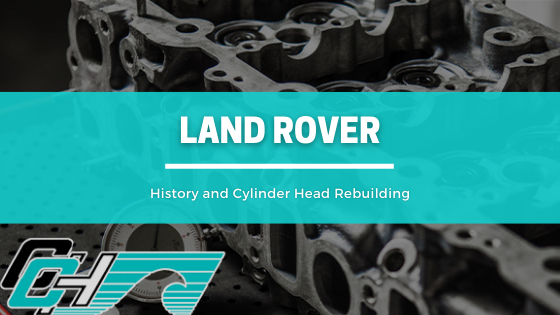 History of the Land Rover – A Versatile Vehicle from Britain

The Land Rover is a British vehicle that has been increasingly popular throughout its years of production. This four-wheel luxury SUV has become a household name and has been in production since the 1940s after it was introduced at an Amsterdam Motor Show. In 1948, it was produced to be a utilitarian four-wheel drive and off-roader type vehicle. Today, the Land Rover in the U.S. market is viewed as a more upmarket luxury-type vehicle.

The original design was pegged by chief Rover Company designer, Maurice Wilks and his brother Spencer, who was a managing director at Rover. The original Land Rover was thought to be inspired by the Jeep’s design and used military surplus paint to coat the Land Rovers giving them varying shades of green.

With regards to safety, according to the UK Department for Transport, the Land Rover Defender is measured to be one of the safest cars on British roads with a 1% chance of death or serious injury and a 33% chance of sustaining any kind of injury. With so many models there is a vehicle for everyone depending on if your focus is safety or even being electric. There have been many different models used in the military and commercial with the current ones being:

It is interesting to note that the Range Rover has been releasing electric models, such as the Hybrid Evoque, since 2008. The Land Rover has a colorful and creative history. It’s exciting to see what concepts they will produce next.

The Land Rover is tough and durable. Nobody knows that more than Martin Rainbow. Rainbow has clocked in 540,000 miles from his 1996 Land Rover Discovery without having a major headache about broken parts. Rainbow takes good care of his vehicle and does the standard oil change and service every 6,000 to 8,000 miles in order to take care of it. He also adds a bit of Miller’s diesel additive which lubricates the system adding to its longevity. The most work that has to be done on his Land Rover happens to be bodywork which he has done himself. He loves his Land Rover and he plans to keep driving it as he finds no reason to replace it.

A car that has older models, such as the Land Rover, needs regular engine checks to make sure that everything is in order. Clearwater Cylinder Heads has plenty of cylinder head replacement options for different Land Rover models. See these heads for sale on our website, such as this cylinder head and this one too. With pages of options online, you will certainly find what you need when searching for a new cylinder head for your beloved Land Rover vehicle.

As an owner of an older model of a Land Rover, you may be running into problems concerning its cylinder head. If you notice things such as overheating, white smoke appearing when starting the vehicle, excessive oil consumption, low coolant levels, or poor fuel economy you may be in need of a replacement. Since a cylinder head can be tricky to replace, Clearwater Cylinder Head Inc. would be more than happy to assist you and get you back on the road with our selection of replacements. With over 25 years of experience and a massive catalog of products, Clearwater Cylinder Heads are dedicated to providing professional and friendly support in all of your cylinder head needs. Feel free to Contact Clearwater Cylinder Head Inc. toll-free at 1-800-572-1963.