Debuted in 1982 by the Japanese automaker Nissan, the Nissan Sentra is one of Nissan’s longest-running nameplates with more than 4 million items sold solely in the US alone. From a humble beginning as simply a rebadged export version of its predecessor, the Nissan Sunny, the Nissan Sentra has become a fierce rival to other legendary lines, such as the Honda Civic, Ford Focus, and the Toyota Corolla in the compact sedan competition.

The name “Sentra” was inspired by the combination of “central” and “sentry”, which evokes the image of safety. Furthermore, with a huge 93% of post-2005 models still on the road, up and running. The Sentra is Nissan’s definition of ubiquitous and indestructible. Throughout 37 years with eight generations introduced, the Nissan Sentra has strategically evolved from a subcompact line to be a nicely appointed compact car with a midsize interior. Yet, Nissan also innovated the Sentra lineup to become an industry leader in fuel consumption and safety ratings in its amazing journey. 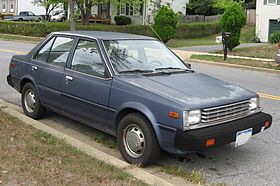 The Nissan Sentra was first debuted in May 1982 as a direct replacement for the Datsun 210, also known as the fourth generation of the Nissan Sunny. Available in four body styles, 2-door coupe, 4-door sedan, 5-door station wagon, and 3-door hatchback coupe, the Nissan Sentra B11 was the first Nissan vehicle to use a front-engine, front-wheel-drive layout. Powered by a 1.5L inline four-cylinder (E15), the Sentra B11 produced 67 hp with a torque peak of 85 lb⋅ft (115 N⋅m) at 3200 rpm.

One unique feature of the Sentra B11 that formed its early success is the incredible gasoline mileage. Given by the EPA, the Sentra was rated with the highest gasoline mileage among all gasoline-powered cars sold at that time, 43 miles per gallon in the city and 58 miles per gallon on the highway. The appeal of low fuel consumption has made the Sentra B11 the best-selling import in the U.S. and the fourth best-selling passenger car overall, within its first year of sales.

The Nissan Sentra B12 production started in 1985 and marketed in North America in 1986, carried on the variety of body styles that B11 had offered including sedans, coupes, hatchbacks, and wagons, at entry-level E, mid-level XE, and upper-level GXE trim levels, as well as the new sport-oriented SE 2-door coupe. The power strain of B12 series saw a subtle upgrade as well with an 84-hp, 1.6L inline-four cylinder engine (E16). 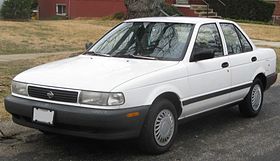 This generation marked a strategic decision of Nissan in shaping the Sentra’s image. By dropping the 3-door hatchback and wagon offerings, the Nissan Sentra B13 implied Nissan focus on building Sentra as a competitive sedan line. Debuted in 1991 with a new 110-hp, the 1.6L inline-four cylinder engine came in standard. The Nissan Sentra B13 series also wowed the world by offering a 140-hp, 2.0L inline-four-cylinder engine, as well as four-wheel disc brakes on a sporty two-door SE-R trim. With 0-60 acceleration time of less than 8 seconds, the SE-R trim of Nissan Sentra created new power magic that was unheard of in the world of compact cars. The Sentra SE-R appeared on Car and Driver magazine list of “10 Best for 1991” and also rated to be the “Greatest Nissan Sentra Ever” by AutoTrader. 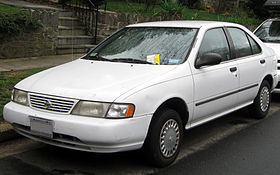 The fourth generation of the Nissan Sentra appeared in the showroom in 1995, again saw the dropping of the 2-door coupe off the Sentra line, making B14 the first Sentra generation exclusively sold in a 4-door sedan body style only. Equipped with a 115-hp, 1.6L inline-four cylinder, matched with transmission options of either a 5-speed manual or a 4-speed automatic. Sentra B14 received a more aerodynamic exterior design and a dramatic increase in interior space, thanks to the longer wheelbase of 99.8 inches.

The Nissan Sentra not only crossed over a new century, but also crossed over the “compact” class with the 5th generation featuring numerous substantial upgrades. Larger tires (99.8 inches) and brakes, together with a stiffer platform, and a new 126-hp, 1.8L inline-four-cylinder engine were all integrated for better performance with improved handling. Wrapped in a sportier exterior design, the Nissan Sentra B15 featured a roomier cabin with higher-quality interior materials which made it an appealing offering to single drivers and young families that prefer versatility and a touch of speed.

In 2002, to emphasize the sense of power in the Sentra lineup, Nissan not only brought back the legendary Sentra SE-R but also introduced the addition of Sentra SE-R Spec V as a more performance-oriented sport compact version. Both cars ran a 2.5L engine under the hood that produced up to 175 hp (130 kW) at 6000 rpm and 180lb⋅ft (244 N⋅m) of torque.

Introduced in the 2006 North American International Auto Show, this new generation of the Nissan Sentra grew bigger in every dimension. Again, the Nissan Sentra crossed over into the “mid-size sedan” thanks to its increased interior passenger and cargo volume.

There were 5 trim levels available. The first 3 standard trims including the Base, S, SL were powered with 2.0L 16-valve inline-four-cylinder engines rated at 140 hp. On the other hand, the two performance-oriented trims including SE-R and SE-R Spec V received an added powertrain of a 177hp – 200hp 2.5L QR25DE engine. Many safety and convenience features became standard on all trims, such as side airbags, backup camera, power locks and windows, electronic steering, AC, and a new audio system. The sixth generation of Sendra provided a more complete and fun drive than ever before. 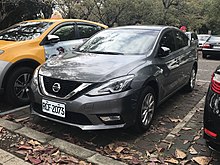 Nissan officially unveiled the 7th generation Sentra in August 2012 at the Beijing Autoshow. As the Sentra was no longer in Nissan’s entry-level lineup, the Japanese automaker faced the challenge of moving the Sentra upward in the customer’s perception. Therefore, Nissan gave the Sentra a comprehensive makeover to more closely reflect the high-end look of Nissan’s other models, Altima, and Maxima including LED headlight accents and full LED tail lights.

This generation receives an all-new powertrain setup with a standard 1.8L naturally-aspirated four-cylinder engine. Interestingly, compared to the B16 series, the 2013 Nissan Sentra’s new engine produced less power, rated at 130 hp and 128lbs ft of torque, but added more gasoline mileage, it increased to 30 mpg city and 39 mpg highway, since it was 150 lbs lighter in weight.

Premium and grown-up, those were the keywords to describe Nissan Sentra 2013. Yet not until “Best Compact Car” at AutoPacific’s 17th annual Vehicle Satisfaction Awards.

For a very competitive price, the Nissan Sentra is a trustworthy car that gets you from point A to point B. It will last for years as a decent, reliable car for a daily commute with regular check-ups and proper maintenance. Even on bad days if the car goes down, and the owners know the common problems in advance and react fast, the cost of repair for the Nissan Sentra will not break the bank. Among all complaints, the most-reported problem is a blown head gasket and cracked cylinder heads. To understand more about these problems, let’s have a look at the Nissan Sentra engines.

Powering up the whole line of Nissan Sentras is an engine that is very popular in economy cars, the inline-four cylinder engine. As the Nissan Sentra line evolved throughout different generations, so did the engine designs. There were many generations, GA, QG, SR, QR, or the most recent one is MR used in the Nissan Sentra B17. Improvements and many pertinent features were added in the later versions, yet all Nissan Sentra inline-four engines shared some similarities, for example, the cylinder head material (aluminum). The advantage of Nissan Sentra engines in general, is providing a low-cost weight saving option for decent performance. However, because of their lightweight construction and design, they tend to to be warped as well as cracked more easily. The average mileage of Nissan Sentra when these problems start to happen is around 80,000 miles.

It is important to act fast and properly when your car has these engine problems. Since repairing cylinder heads or gaskets is not a typical DIY project, we recommend you consult a professional. Clearwater Cylinder Head Inc. (CCH) is a reputable, experienced (over 25 years) dealer. We specialize in providing quality and warranty-backed rebuilt cylinder heads for a variety of vehicles (cars, trucks, boats, etc). With a massive online catalog, you can easily view our inventory of Nissan Sentra cylinder heads. The knowledgeable staff at CCH would also be happy to help you choose the cylinder head that is right for your needs. Contact Clearwater Cylinder Head Inc. toll-free at 1-800-572-1963.