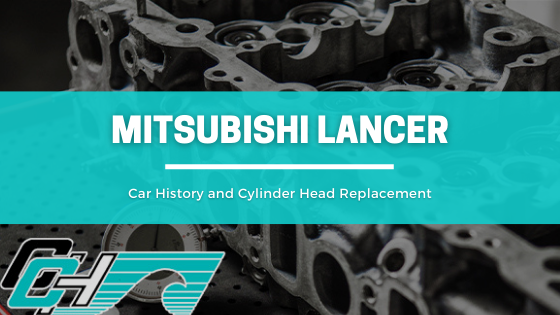 First debuted in February 1973, the very first Mitsubishi Lancers were available in Europe and Asia as two and four-door compact sedans. While many doubts and suspicions surrounded this newcomer, it has been time-tested and road-proven to be an automotive legend that officially marked Mitsubishi on the international landscape. 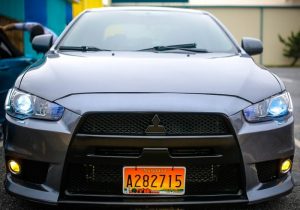 Named after the cavalryman who fought with a lance the knight age in Europe, the Mitsubishi Lancer is truly a soldier on the road. At the Safari Rally in Kenya in 1973 – as known as a World Championship rally event for not only racers but also automotive makers, Joginder Singh and his Lancer 1600GSR was the first to cross the finish line while putting other sports cars, Fulvia, or even Porsche 911, in its rearview mirror. Ironically, compared to the runner ups, Mitsubishi Lancer A73 was very humble: equipped with a spark-ignition 4-stroke engine that available in 1.2L, 1.4L and 1.6L displacement that produced up to 109hp and 0-60 acceleration was 8.4 seconds. The surprising victory implied Mitsubishi Lancer A73 had so much more to offer than just power: its superior handling, strength, and durability that survived a 5-day race of more than 3700 miles over a variety of terrain.

The tradition of winning World Rally Championships, track racing and hill climb titles continued and became more impressive with Lancer’s high-performance sibling, the iconic Lancer Evolution. Introduced in 1992, Lancer Evolution was a rally-bred masterpiece. While it was based on the same platform and shared the same DNA with its older brother, Lancer Evo I offered a stiffer suspension as a key differential as well as greater power, packed with a 244-hp engine and all-wheel drive. Its successors, the Evo II 1992 and the Evo III 1995 were more significant upgrades, such as bigger spoilers and turbos and of course, more horsepower. All these generations of Lancer Evolution paved the way for Mitsubishi to win the World Rally Manufacturer’s Championship in 1998 and Lancer Evolution itself to be Automobile of the Year in 2003, recognized by Automobile Magazine. 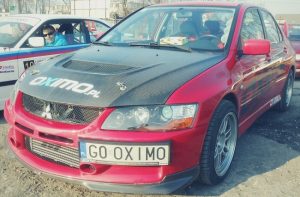 After 3 decades of success in its hometown, the Lancer was officially launched in the United States in 2001, available in 3 models, ES, LS, and O-Z® Rally, and in either manual or automatic transmissions. Catering to a market that favored speed, Mitsubishi’s engineers powered up the Lancer by a 2.0-liter engine producing 120 hp and 130 lb-ft of torque. Wrapped in a simple design yet still providing a sporty look and feel, the Lancer offered a calmer drive compared the Lancer Evolution, which also debuted in the American market 2 years later in 2003 under Lancer Evo VIII.

As time went by, over 12 years the family was extended with the new generations, such as Lancer GT, Lancer Ralliart, Lancer Sportback LS or the Evo IX and Evo X. In 2015, Mitsubishi announced the last version of the Lancer Evolution as a limited release send-off: the Evo FE, featuring a turbocharged 291-hp MIVEC engine and Mitsubishi’s Super All-Wheel Control technology. This event signaled the end of the legendary Lancer era, which no longer fit in a modern market that had slowly shifted towards vehicles offering greater versatility, efficiency, space, and smaller environmental footprints. Lancer and Lancer Evolution production ended in August 2017, however, its legacy will never be forgotten.

Mitsubishi Lancers are durable and reliable, yet engine problems tend to occur at 34,000 miles. Based on owners complaint data, engine overheating is most reported. An engine overheating condition may develop due to a failed radiator cooling fan controller, or more serious, blown, cracked cylinder heads. While the former’s estimate cost of repair only varies from $80 to $120, the latter can possibly cost a grand or two. The 2004 Lancer, 2002 Lancer, and the 2006 Lancer are the top 3 worst models for engine problems.

If you own a Mitsubishi Lancer and experience white exhaust smoke, there is a good chance that the cylinder heads are damaged. Cylinder heads are vital parts of the Mitsubishi Lancer’s engine, as most of the explosive action happens there. A cooling system failure can lead to a head gasket failure, which in turn can cause the cylinder heads to become extremely warped or cracked. The bad news is, this is not an easy fix. Heads have very precisely milled surfaces to provide a smooth and flush fit with all the connecting parts. However, it would not break your bank if you act fast in consulting professional mechanics to repair or replace the head altogether.

Clearwater Cylinder Head Inc. (CCH) is a reputable, experienced (over 25 years) dealer. We specialize in providing quality and warranty-backed rebuilt cylinder heads for a variety of vehicles (cars, trucks, boats, etc). With a massive online catalog, you can easily view our inventory of Mitsubishi Lancer cylinder heads. The knowledgeable staff at CCH would also be happy to help you choose the cylinder head that is right for your needs. Contact Clearwater Cylinder Head Inc. toll-free at 1-800-572-1963.